Divorce and Family Violence in Texas–What To Know 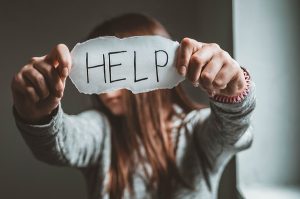 01 Oct Divorce and Family Violence in Texas–What To Know

There is no doubt that domestic violence is a serious, ongoing problem in Texas and elsewhere. But a growing number of people question some commonly-cited statistics, such as one in four women experience relationship violence during their lifetimes. As a result, some judges question a petitioner’s credibility when s/he applies for a protective order. Similarly, alleged abusers sometimes get the benefit of the doubt.

So, whether your family needs protection or you need to avoid the harsh consequences of an unfair protective order, you need a strong advocate. A good divorce family law attorney is a strong advocate for you. But a lawyer is not a blind advocate. It’s important to anticipate the other side’s arguments and be ready to respond to them.

A judge has the power to enter a protective order ex parte, which means without a hearing. Frequently, a divorce petition includes a request for a protective order. The procedure varies in different courts, but generally, the petitioner must submit an affidavit that contains key facts and includes a statement that s/he is afraid that the violence could continue or escalate.

Other common protective order provisions include a command to surrender firearms and anger management or other counseling requirements.

Contrary to popular myth, a protective order is more than a piece of paper. Typically, law enforcement agencies that are slow to respond to domestic violence calls snap to attention if the incident involves the violation of a court order. Furthermore, this order gives a daycare and other entities official notice that there is a serious issue.

Permanent protective orders are rarely permanent. Most personal protective provisions usually last about two years. Financial support and other such orders usually last longer. For example, child support in Texas usually lasts until the child turns 18 or graduates from high school. Some divorce decrees also contain some permanent injunctions, usually regarding disparaging comments about the other party made in front of the children.

These hearings usually happen about two weeks after the judge grants or denies an ex parte order. The requesting party usually must prove abuse by a preponderance of the evidence, or more likely than not.

Keep in mind that “abuse” is not limited to physical violence in Texas. Abuse could also be emotional or psychological. Usually, the same protective provisions are available in non-physical abuse cases. The old saying that “sticks and stones may break my bones but words can never hurt me” is dangerously inaccurate.

Alleged abusers and alleged victims both have legal rights in Texas. For a confidential consultation with an experienced divorce family lawyer, contact Navarette Bowen P.C. Our main office is conveniently located in downtown Denton.