Joint Custody in Texas; What You Need to Know 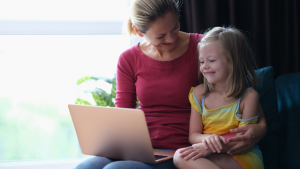 04 May Joint Custody in Texas; What You Need to Know

Figuring out custody is an important part of a divorce settlement when children are involved.

There are two different types of custody – physical and legal. In Texas, physical custody is called possession and access. Legal custody is called conservatorship. Possession and access encompass where your children will live and spend their time. Conservatorship has to do with making any important decisions in your child’s life. This includes things such as education and health.

Both types of custody can be sole or joint. Sole means one parent holds it, while joint custody is split between the two. If you and your ex-spouse have joint custody of your children, there are a few key things you should know.

What does joint custody mean?

Joint custody means that you and your ex-spouse are splitting that type of custody. When it comes to possession and access, that can manifest itself in different ways. Your children can live with one parent during the week and another on weekends. Holidays can be split or time can be split in other ways. When it comes to conservatorship, it means that decisions such as where your child goes to school are left up to both of you. If your child gets sick, both parents should be notified.

The courts will always look at the best interests of the child standard. When it comes to conservatorship, Texas courts generally assume that a joint arrangement is what is best for them. Unless there is a history of domestic violence or a parent is very absent from the child’s life, joint custody is the preferred arrangement.

There are positives to having joint custody, including:

If there is high animosity between the parents, joint custody might be a tough arrangement. In this case, having a detailed parenting plan would be beneficial. The parenting plan would have instructions on when each parent picked up and dropped their children off. It would include things such as what the child needs to have when they go between homes. It even could outline pick-up and drop-off locations. For parents that have high tension between them, having all of this outlined leaves no room for error and less interaction opportunity.

Is a custody arrangement final?

Upon petition, a judge will reevaluate what is in the best interest of the child.

Is an attorney necessary?

When it comes to custody arrangements, you don’t want to do it alone. An attorney can help advocate for what is best for you and your child. In a situation where you and your spouse do not agree to custody terms, having an attorney is even more important. If you are in a custody battle or want to modify your custody arrangement, contact a divorce attorney. In downtown Denton, Navarette Bowen P.C. has a team of experienced divorce lawyers that can help. Reach out today for a consultation.